The End is Nigh

As my Fijian adventure comes to a close, I feel as though I am seeing many aspect of living in Suva in a new light. Things that I’d taken for granted have suddenly taken on a charm that until now has been hidden from me (probably through a veil of sweat), while other things that aren’t quite so charming have become immensely more bearable. The obsequious man that runs the little restaurant that I frequent near work that I suspect overcharges me on a regular basis? Over the last few days he’s started to feel like my best friend. Want to use your sharp elbows to get in front of me in the queue? Be my guest – soon I’ll be back in Blighty where everyone knows the rules of queuing and people like you would be crushed under an opprobrious avalanche of tutting and shaking heads. 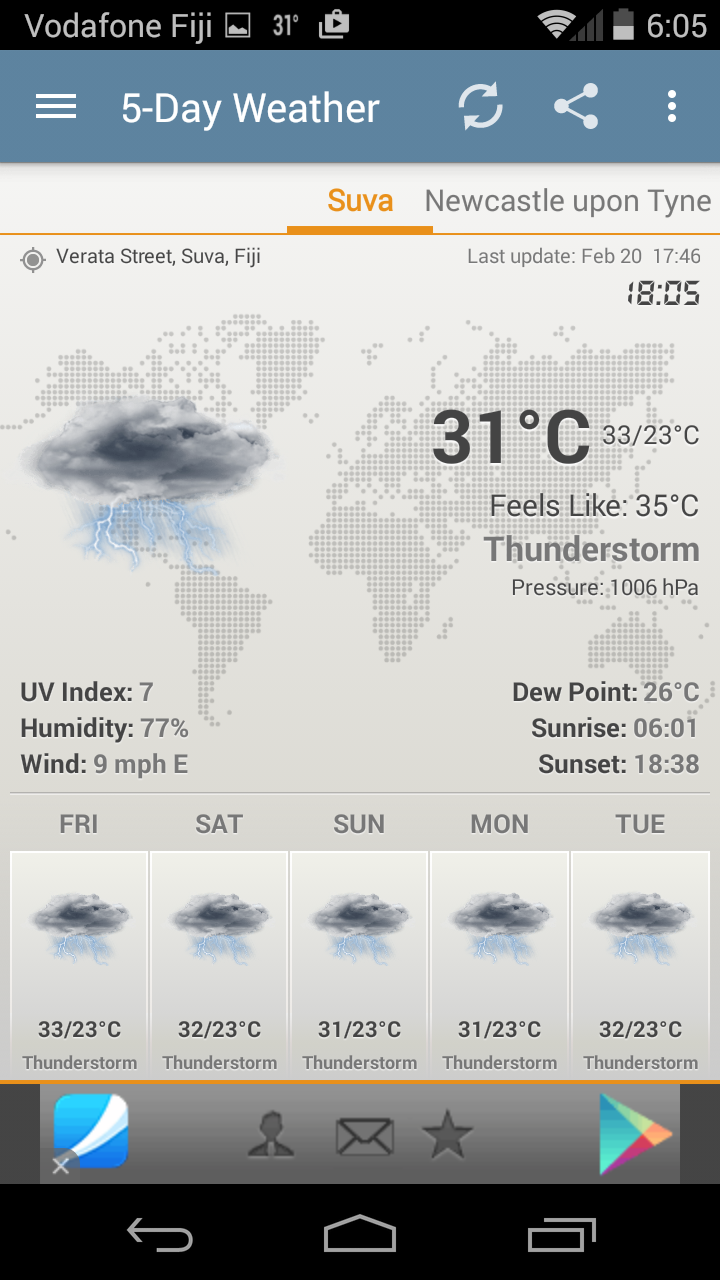 The taste of Maya Dhaba’s crispy garlic naan bread dipped in butter chicken has already joined the pantheon of great taste related memories of my food-obsessed life. But, my God, the weather… What can I say about Suva weather that hasn't been said thousands of times before? After an afternoon of extreme tropic torpor with no electricity and no air movement, during which the cats and I all slept in a slightly comatose state with our eyes half open, I’ll be welcoming the biting cold wind off of the North Sea with open arms. Of course, I’ll be wearing my merino wool jacket and down parka that I bought in New Zealand in anticipation of just such an eventuality.

My time in Suva has been incredibly rewarding and I’m immensely grateful to the friends that I’ve made during my time here – the ones that been my Fiji “family”, who have talked me through bad Fiji weeks, rejoiced in mine and my family’s achievements and were available to pop open a bottle of something fizzy to celebrate for no other reason than it was Friday (or Tuesday. Or Monday). It’s amazing how close you can get to people when you’re thrown together for such an intense time. One blogger likens it to “dog years” - for every year you've known someone in an expat situation, it’s like knowing them for seven.

There are few things that I really, really won’t miss about expat life here. One of my biggest irritations is with some of the expat women of this town. Really, what decade are we in when one of the first questions you get asked at a function is “what does your husband do?” That question belongs in the dustbin of history. Seriously, being a trailing spouse can be lobotomising enough without having to leave the sense of identity that comes with your career, skills and interests at the immigration desk.

There is something profoundly sad about knowing that our Suva experience, with its distinct cast of characters, will never exist in time again. It’s all part of the great emotional rollercoaster ride that I’m currently on. I go from premature deep nostalgia for things that I’m going to miss to extreme anticipation for doing recreational things that do not involve alcohol, eating or sweating profusely (or all three things at once). Underlying all of this is a sense of grief at the closure of another life chapter. Though I’m anticipating an exciting next adventure, I’ll certainly be sad to see this one come to an end.
Posted by MaryB at 23:00