A couple of days before we left Australia for Fiji after John’s successful op, I was startled to realise that I was looking forward to going home. I wanted to see our daughter, our cats and sleep in our own bed but it was the sensation of “going home” to Suva that caught me off guard. 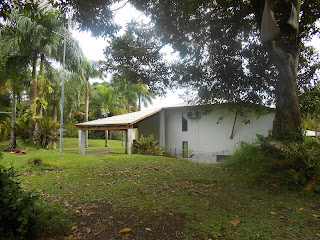 Our Fijian home away from home.

How and when the shift to having Suva feel like home is something that I was unaware of and I’m sort of at a loss to explain. It’s not like we’re surrounded by our own stuff here as we left most of it in a friend’s garage in the North of England. I still feel like we’re camping out in someone else’s house. Besides, after losing so many of our possessions (and our jobs) in 1989 due to Hurricane Hugo when we lived on St Croix, I've sort of lost my attachment to material things. Nothing like experiencing a storm of the century first hand, emerging without things but with all of your loved ones intact to make you realise what’s important in life.

Some of it must be down to creating a life for myself here. Life as a trailing spouse (hate that expression) can be a terribly lonely experience. You have to put yourself out there to find purposeful activity and friends even if you’re painfully shy. Otherwise you’ll end up only socialising with your partner’s colleagues. Not that I’m suggesting that your partner’s colleagues (or mine) aren't lovely, fun people, but you’d be very lucky indeed to get all of your emotional and social support from a pre-selected group of people.

When we moved to England from the West Indies, John started travelling a lot for work. In fact, we hadn't been in Newcastle for two weeks before he basically moved to Leeds to do some lab work at St James Infirmary (cutting edge science on sea anemones in a human fertility lab – imagine the looks when people saw what was in his petri dishes in the lift). I remember that time as being lonely, grey and very, very cold. Then we moved out to our lovely neighbourhood in Northumberland (in 1992 and we stayed until 2012) and our children were born and John continued to travel, but to foreign, exotic, tropical countries for long periods.

In the early days, he’d come home from a trip and I’d say “thank God you’re home, let’s go out!” at the same time that he’d say “thank God I’m home, I’m not leaving the house!” This was not compatible with a happy marriage. That’s when I had a parental “eureka” moment and started to engage our series of wonderful babysitters (Jenny C, Andrea & Leila R, Lynsey W) when John was away. This allowed me the freedom to attend girls’ nights at the pub, curry nights at friends, etc... Acquaintances that I knew from baby and toddler groups started to cement themselves into lifelong friendships through the shared experience of having a great time without being distracted by wiping snotty noses or keeping the children from breaking their necks on the play equipment.

At some point during that time there was a seismic shift and Hagg Bank, a higgledy-piggledy collection of two-up two-down brick railway cottages perched on the River Tyne, became home. But not just the place I craved to return to at the end of the day for a cup of tea or something a little stronger, it became my geographic and emotional centre. It was the place that I’d put down the deepest roots, the place that I am certain that I will forever get wistful about when I’m away from it. My late sister had a theory about the deep sense of home – home is not where you've grown up, it's where you've grown things like children or gardens – whatever requires love and attention. 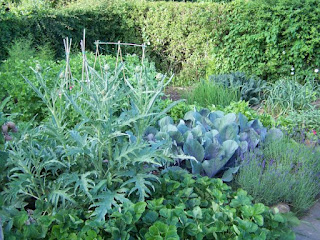 My vegetable garden - one of the things that I miss the most about England.

Of course going home to Hagg Bank would require kicking out the tenants, leaving our current jobs, finding new ones, disrupting Anna’s schooling, transporting the cats - not to mention getting all of our furniture out of the garage and reconstructing it from memory using Allen keys and a lot of expletives. So for the meantime, home is Suva. Our roots might not be deep, but they are growing.