Suva, our home for the last couple of years, was obviously chosen as the capital of Fiji because of its naturally deep harbour rather than its white sandy beaches (of which there are none) or beautiful weather (it’s in a notorious rain shadow). This lack of stereotypical tropical accouterments sometimes has us scratching our incredibly sweaty brow and asking ourselves “What the hell are we doing here?” Generally this pondering peters out inconclusively after a large gin and tonic (or two).

You can usually pick out the newly arrived expats by their pale skin, numerous bright red mosquito bites and slightly alarmed, confused looks. Here are a few of the things that I have learned since I was in that vulnerable state what seems like such a long time ago.

1. Fiji is far away from (almost) everywhere.

The first clue about how far away Fiji was from anywhere should have been when someone pointed out that Fiji appeared on the edges of both sides of the map hanging up in our UK dining room – literally at the end of the world, twice over.

Our second clue was that it took five days to travel from our little village in the North East of England to Fiji due to multiple Pacific typhoons. There can’t be many families that can say that the only time they were in New Zealand was for a day trip.

People that come to visit us from the UK have to be very committed considering the expense of the tickets and the fact that travel time is around 30 hours each way. That’s a lot of your vacation time spent sitting on airplanes and in airports before you've even got anywhere. Mind you, when you arrive, it’s pretty awesome.

The exception to the faraway rule is for New Zealand and Australia, which explains the plethora of Kiwi and Aussie expats here.

One of my abiding memories of living in the Caribbean was the total change of atmosphere when the plane doors opened on arrival from northern climes. Arriving at Nausori Airport, in our damp little corner of Fiji, the sensation is more like entering a steamy sauna than opening a West Indian oven door.

I've had to get over my sweat phobia and my eco-reluctance to put on the air conditioning to survive here. The great thing is that the humidity and rain is often localised to Suva which means that you can get on a boat or a taxi and escape to typical tropical paradise without too much effort. 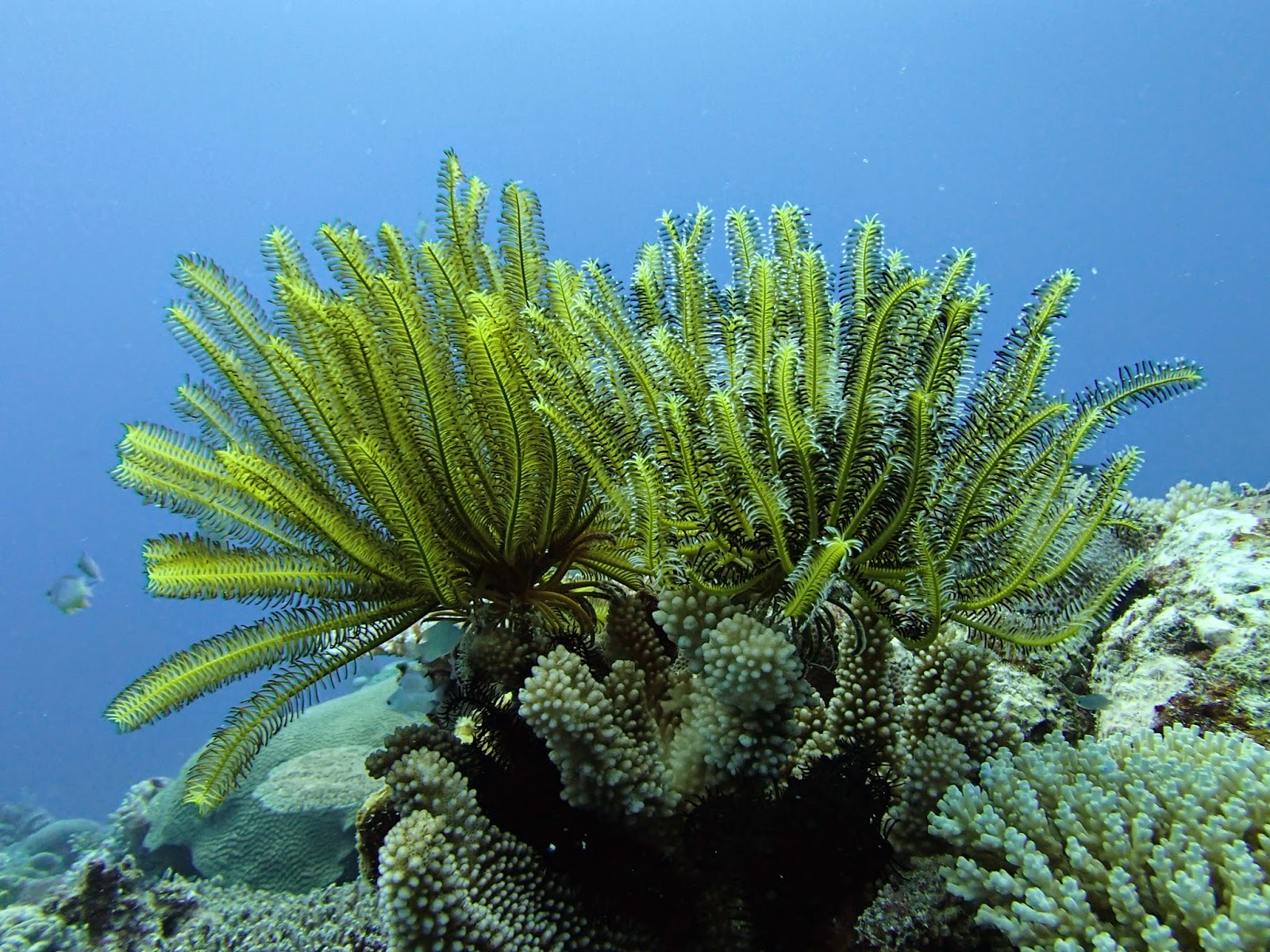 Too hot? Stick your face in the water! (Full disclosure - this photo was taken in the Yasawas)

Just existing in this heat can be exhausting. There’s a term used locally by expats – tropical torpor – which describes a state of inertia that one occasionally sinks into here. Any effort to be productive is scuppered by the sensation that you’re wearing a lead-lined suit and existing in an atmosphere made up of mostly molasses. The best cure for tropical torpor is to turn the air con or ceiling fan on high and spend a weekend on the sofa napping and watching an entire series of Game of Thrones, Breaking Bad or similar which you bought from the local DVD shop for FJ$5.00.

I’d never heard the term trailing spouse until we started our preparations for moving to Fiji. Everything about it is ugly, from being defined by your relationship, to the implication that you’re trotting along (or being dragged) behind your partner as they engage in worthy employment.

Immigration laws here mean that getting a job once you've arrived with your employed spouse will be next to impossible. Volunteering opportunities are also extremely limited due to the same visa restrictions. Having said that, there are plenty of people in the same boat so friend groups form quickly and the days become inexplicably busy.

This can be a real eye-opener if, like me, you get to the end of your first six months here and you realise that you haven’t even started the great American novel that you told yourself you would write if ever freed from the shackles of gainful employment. Some people do end up getting jobs (I did eventually) but it is the rare exception rather than the rule.

4. The more I know about Fiji, the more complicated it becomes.

Fiji has had a number of coups over the last couple of decades and is currently being run by the military dictatorship that engineered the last one in 2006. Having said that, this isn’t a country of scary armed men and civil unrest. In fact, I feel as safe here as anywhere else I have ever lived. The complexities are subtle - so subtle that until now one could completely ignore them if you wanted to. Elections have been called for September 2014 and while we’re all excited to be in the privileged position to witness the birth of a new democracy, I won’t pretend that it’s not without a bit of trepidation that we’re watching events unfold from front row seats.

5. You can get pretty much everything you need in Suva.

Every few months some poor unsuspecting impending arrival to Suva will post a question about what to bring to Fiji with them in their shipment on the Suva Expat Facebook page. Suva newbies will implore them to bring a lifetime supply of stock cubes, garbage bags and bath mats. This in turn elicits a torrent of responses from old-timers and locals telling everyone to get a grip. The good news (for Americans) is that you can get Skippy peanut butter (Cost u Less) and green enchilada sauce (New World). You can even now get a decent baguette from the Hot Bread Kitchen at Damodar City.

If you want lashings of gorgonzola and Parma ham, you’re moving to the wrong country. If you want shimmering lumps of sashimi-grade tuna and heaps of beautiful fresh fruit and vegetables that are reasonably priced then you’re coming to the right place. Mind you, I'm considering adopting a public display of mourning now that avocado season is over.

Despite anything negative I've said in this post, I would never discourage anyone from moving to Suva. Living here has had it challenges, and while we've been forced outside of our comfort limits once or twice (or a hundred times), our time here has been rewarding and exciting.

Suva itself is undergoing a transformation – the waterfront part that stretches from Suva Point towards the city centre around the peninsula, My Suva Picnic Park, is a wonderful place to walk and people watch. We've witnessed the resurrection of the Grand Pacific Hotel and anticipate having high tea in grand style when it opens. We’re also getting a Mexican restaurant in the brand new Damodar City complex, which also has a food court, a cinema (the second multiplex in town) and lots of other useful shops. This is an event of intense culinary interest in a city with no Italian, Thai or Vietnamese restaurants.

But it’s the people that make the place. Everyone in Suva has a story to tell – the Fijians and the expats. If you put yourself in the position to listen to them you will find some of the most fascinating people on the planet. Some of them will turn into good friends, others will be passing acquaintances, but each encounter will leave you a little richer than you were before.

Occasionally when I walking down the mean streets of Suva, I get a similar discombobulating sensation to when I’m flying. But instead of “OMG, I’m in a small metal tube, 51000 feet above the ground with no visible means of support!” it’s more like “Am I really existing on a small speck of land in the middle of the Pacific? How weird, because it feels strangely like home.”