How could I not have heard the term FoMO (Fear of Missing Out)? I know the FoMO concept intimately, having suffered from it my entire life. It explains quite a lot of my behavioural quirks, like wandering around the house while brushing my teeth in case something else more interesting is going on or appearing at breakfast when we have houseguests, half dressed with wet hair, lest I miss a bit of news that my family members with certainly neglect to tell me later.

Being a FoMOist has its upsides. It’s what allows you to chivvy your companions along while walking around strange cities as you search for a restaurant better than the one you are standing in front of, which means occasionally you stumble on a real gem. It’s what gives you the curiosity to try every strange fruit that you come across in the market despite the fact that, up until you tried a mangosteen two days ago, you haven’t tasted a delicious new fruit since you tried a kiwifruit in 1978. It’s what makes you appear adventurous when what you really are is a perennial worrier, wondering if something bigger, better or more interesting is just out of sight around the theoretical corner. 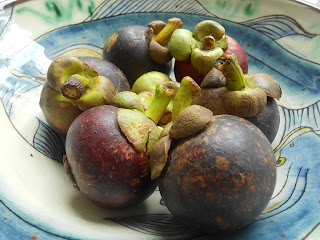 Strange fruit – mangosteen, where have you been all of my life?

However, I suspect many FoMOists are paralysed with indecision because for every positive decision they make, there are the infinite possibilities that they’ve excluded by making that decision. This is typically demonstrated at restaurants, where FoMOists have a difficult time ordering from a large menu (“if I have the Caesar salad, which I love, I won’t be able to try the flambéed frogs’ legs, which might be delicious!”).

Of course, indecision impacts on bigger life events. For example, if you decide to be a fireman, you have passively decided not to be a butcher, a baker or a brain surgeon among other things. Therefore, I suspect most FoMOists let their lives play out, occasionally making some inexplicable (to themselves and to their friends) monumental decision based on nothing more than the fear that there might be something on the other side of that decision than is more exhilarating than where they happen to be standing at the moment of decision-making. That’s my excuse anyway.

Mind you, there was little opportunity for FoMO on mine and Anna’s recent trip to California because our days were absolutely packed with great things. Alex joined us from the UK and we saw every brother, sister, niece, nephew, brother- and sister-in-law on my side of the family. I also managed to see some of my very oldest friends from my early childhood who had the decency to still look young. Alex and Anna experienced their first US 4th of July (not a particularly popular holiday in the UK), we saw the awesome San Jose Earthquakes-LA Galaxy match at Stanford Stadium, picked berries in Santa Ynez, squeezed in three family birthday parties and went to the beach as many times as possible.

While we were stuffing in as much California culture as we could, John was back in Fiji running the Pacific Science Association Conference and looking after the four kittens that were delivered to our living room by a little stray that we’d been feeding. The conference was a success and the kittens well-adjusted enough to place in good homes. And yes, I do tell John he’s a hero at least a couple of times a week. 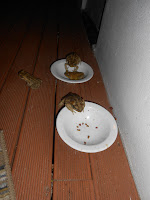 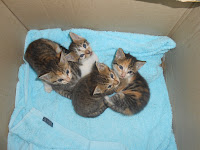 The kittens were replaced by the same number of toads soon after they were re-homed.

Back in Fiji, our UK next door neighbours came to visit on their round-the-world adventure. They embraced the Fijian experience whole-heartedly (despite it being so chilly that I had to don a fleece several times), going rafting on the Navua River, walking along the sea wall into Suva for a day’s sight-seeing, going off the rope swing at Colo-i-Suva and learning (and using) basic Fijian words. Their boys are going to be spoiled for life as on their second snorkel off of Naigani, we saw a white-tipped shark, a Ridley’s turtle as well as amazing coral cover. Seriously, there will be no point in them visiting the Caribbean now. On their last night here, we went to our usual, The Bad Dog, to toast them bon voyage with colourful cocktails/mocktails with them in their full bula regalia.

It’s times like that I can ignore my FoMO tendencies because I’m sure that if I were able to peek around the theoretical corner, my little piece of the world would be better than anything I might see on the other side.
Posted by MaryB at 21:23 5 comments: